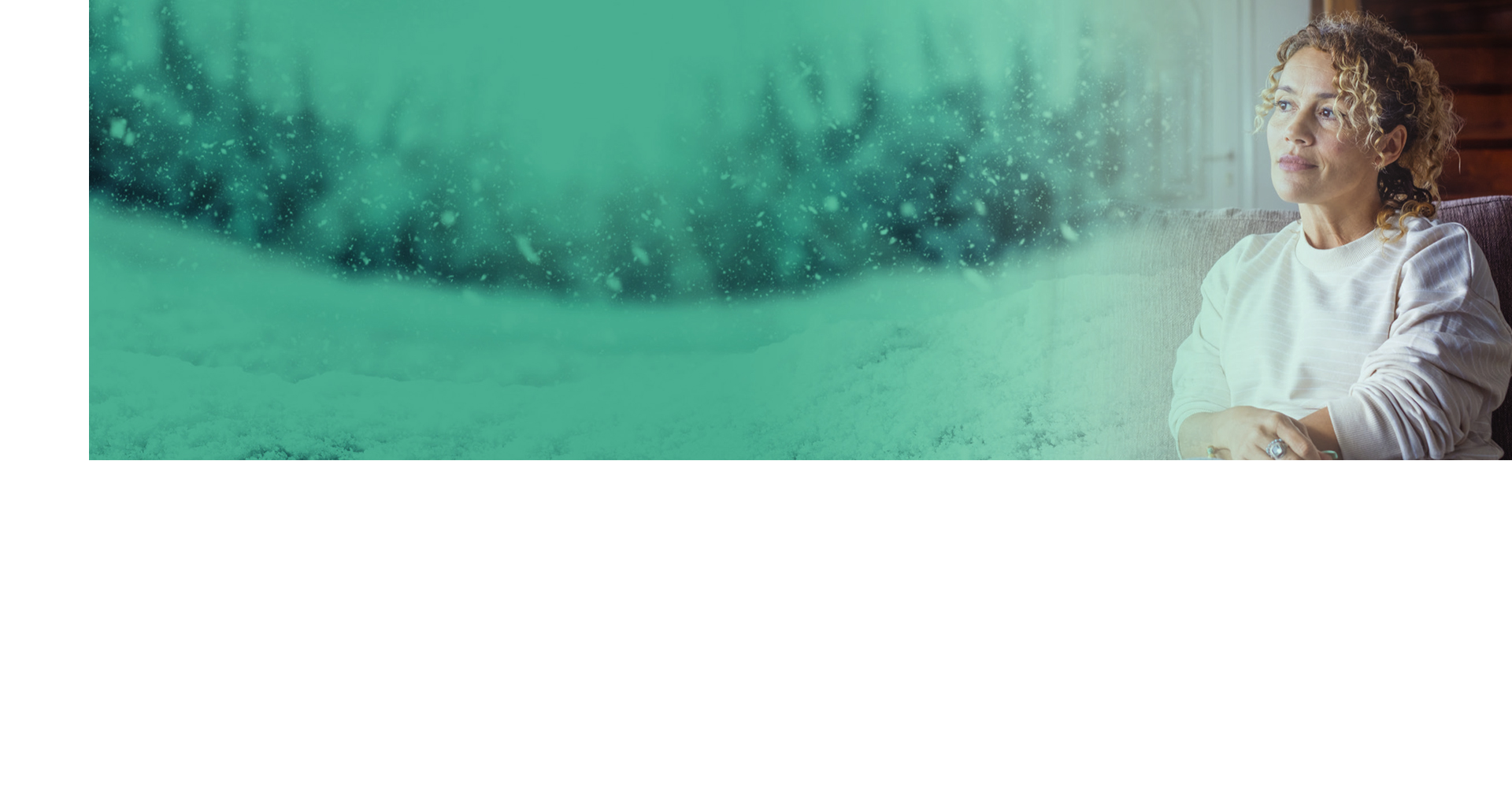 Storms are a regular part of life, but some storms are powerful enough to level buildings and uproot trees. Trinity Services supports many people who are working to rebuild their lives after the intense storms of crisis situations, and your help gives them access to the tools they need.

Your support aids Trinity Services in fulfilling its mission to help people with developmental disabilities and mental illness flourish and live full, abundant lives. Each year, we are able to sustain and grow our services, which currently support approximately 5,500 people throughout Illinois, because of the generosity of friends and neighbors like you.

Your support helps people like Lisa and Conor experience brighter days and accomplish their goals.

Lisa did not have an easy start in life. She suffered abuse, violence and untreated mental illness. As a result, addiction and incarceration were part of her past that took a toll on her well-being.

After attending mental health court, Lisa was connected to Trinity Services. Trinity provided her with permanent supportive housing services to help her gain the skills she needed to become self-sufficient.

“Before I moved in, I didn’t really have those skills. I had never lived on my own my whole adult life. I didn’t have a bank account or insurance,” Lisa said.

Professionals with Trinity’s Homeless Support Program provided Lisa with counseling, life skills training, help accessing and keeping a job, parenting advice, and assistance with personal finance. They also helped Lisa through the physical and mental tolls of chemotherapy after she was diagnosed with cancer.

“I could call them when I was having a breakdown. They would drop whatever they were doing and come. They helped my kids have a Christmas and helped us with school supplies — all the things I normally wouldn’t be able to afford.”

Over the course of a year, Trinity helped Lisa get back on her feet, successfully exit the program and move into her first home of her own with her children.

"I would've never gotten this house if it wasn't for Trinity. My mental health was undermanaged before. Trinity staff were there for me unconditionally."

Lisa is on track to be in remission in a few weeks. She hopes to one day become a homeowner and attend college for social work.

“I want to help other people in recovery and show my kids that you can do anything at any time. It doesn’t matter how old you are.”

Conor had an early childhood full of fun with his siblings and friends until, at the age of 9, after a trip to Disney World, he came down with what doctors thought was a bad flu. Following a few misdiagnoses at area hospitals, he was accurately diagnosed with viral encephalitis, or inflammation of the brain, at Comer Children’s Hospital.

After being read his last rites and placed in a medically induced coma for two months, doctors discovered that the part of Conor’s brain that controls communication was impacted. He had to relearn many skills again, including speech.

Conor spent months in rehabilitation and then returned to school in special education classes. He initially felt angry about the abilities he lost, but he soon shifted his mindset to focus on the positives. He found happiness helping others with disabilities at Lincoln-Way Central High School’s Transition Program and, after graduation, coaching basketball and swim at the Lincolnway Special Recreation Association.

Conor’s name was selected from Illinois’ Prioritization of Urgency of Need for Services (PUNS) List for residential funding. Conor is from New Lenox, so when he and his parents learned that Trinity Services was building an apartment complex in the village, they knew it was the perfect fit. He has been thriving in his own apartment for three months, receiving intermittent support from a Trinity counselor. He has his own car, has a comfort dog named Stanley, works a part-time job at Up at Dawn Bakery, lives close to his family, is involved with Parkview Christian Church and has made countless friends in his apartment building.

Though Conor was unable to fully recover his speech and reading abilities, he does not let his disabilities hold him back. He uses Amazon’s Alexa to find answers to questions and has mastered independent living skills like cooking, cleaning and following a schedule.

Conor’s abilities defy what doctors thought would be possible for him. One doctor told his parents they would need a hospital bed in their family room, because he would never recover. Conor has very strong faith and credits God with helping him through life. He strives to help others whenever he can, paying forward the kindness that people have shown him.

Because of friends like you, Trinity Services is able to help people find serenity after the turbulent storms in their lives.

As we continue to move through the pandemic, if you have the means to do so, please make a donation to create more serenity for people supported by Trinity Services this holiday season. Now through November 30, the Coleman Foundation is generously matching $125 of every gift of $125 or more made to Trinity Services, up to a total of $12,500.

Thank you for your support.